Happy Big Brother Finale Night, everyone!!! It is officially day 99.

Is it just me or did this season go by so slowly yet unbelievably quickly?

I feel like it was just last month Kaitlyn was in the house leading guided meditations, helping Brett receive visions.  Ahhh. . .good times.

We already know, thanks to Big Brother Network how the first two parts of the final HOH competition played out-unsurprisingly. Now, there is nothing left except for JC, Kaycee, and Tyler (really only Kaycee and Tyler if we’re being honest) to battle it out.

Personally, I do not think I will be happy with the final 2 this year. . .but at least my feelings will be consistent with the previous years (although, I am still secretly hoping for a Josh Martinez win from JC)

Even though this years final 2 will most likely be a let down, this year overall has been the best season I have seen in the better part of a decade, if not a decade. And many of the Big Brother greats are, and have been saying the same thing.

And tonight’s finale will more than likely live up to its expectations. We can expect yet another “‘explosive’ jury roundtable” segment, as Dr. Will (season 2 winner) hypes it up.  And with the final 3 having such mixed ratings, half of the viewers are guaranteed to leave this season feeling exuberant their favorite won or bitter AF that their fave lost. Which is how it always goes. But what is a nice change from the recent duds of seasons is whoever wins definitely played the game from the start and wanted to be there. In fact, for the first time in ages, it felt like the whole cast legitimately wanted to be there and wanted to play. Big Brother 20 has been a beacon of hope for long-time fans.

But despite fans renewed hope we have also been disarrayed. Just when Big Brother is starting to feel like the OG show we fell in love with, rumors of huge changes started circulating. 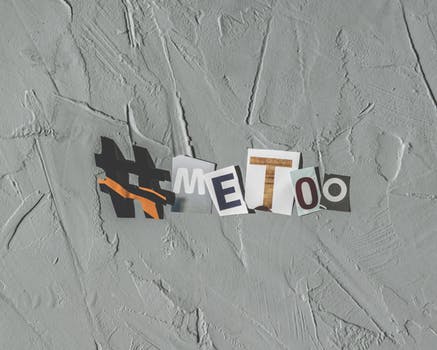 The #MeToo movement led to the unveiling of Les Moonves alleged role in a corrupt industry. Back in late July, Moonves, former Chairman/CEO of CBS, and, ironically, former Commissioner for Anita Hill’s Commission on Eliminating Sexual Harassment and Advancing Equality began being nationally and publicly scrutinized-following the release of Ronan Farrow’s exposé, in which multiple women accuse him of sexual harassment, and retaliation.

For months we have been wondering what exactly this meant for his wife, Queen of Big Brother(US) host Julie Chen. Would she stay? Would she leave? Admittedly,  I have been expecting the worst. A week after her husband’s step-down from CBS,  that fear was practically confirmed. Last Tuesday, The Talk announced Julie Chen’s departure, and played her goodbye message at the end of the show. This left myself and others in a sudden certainty of dismay-if she’s leaving The Talk, she’ll inevitably be leaving her BB throne.

This is not a certainty.

According to a Deadline report released on the 20th, Julie has voiced her desire to stay hosting Big Brother and Celebrity Big Brother. Her contract runs through next year, but CBS has not confirmed her status. In fact, CBS has not yet confirmed the show’s status, as of right now it has yet to be renewed but applications are being accepted for the next season.

So, like with tonight’s episode, all we can do is hope for the best outcome.

Who do you think is going to walk away from the Big Brother House as winner? Do you think we will be seeing Julie again after tonight’s finale? What do you think about the #MeToo movement and Les’ mixed ties to it?

*I do not own any original images, tweets or YouTube content. Copyrighted or public use images/videos are linked and used as fair use.

Copyright Disclaimer under section 107 of the Copyright Act of 1976, allowance is made for “fair use” for purposes such as criticism, comment, news reporting, teaching, scholarship, education, and research. Fair use is a use permitted by copyright statute that might otherwise be infringing.